Giuliano Macca Works Private collections Exhibitions Commissions Contacts Rassegna stampa
Giuliano Macca
Giuliano Macca was born in Noto, Sicily, in May 1988. It was his native land and proximity to the sea that influenced his artistic growth. Giuliano's talent initially flows into the streets of the baroque Modica, where he resides until the age of twenty and then moves to Rome. Macca enters the world of art starting from the restlessness and the crudeness of human existence to then face these issues with extreme authenticity. Those who stop to carefully observe the eyes in his paintings, emblematic element of his art, will discover that they also conceal feelings such as delicacy, fragility and passion. Macca approaches the canvas by revealing the confident search for a mystical and sublime love, achievable only through the purity and courage of the subjects he represents.

In 2008, at the age of twenty, the young artist left his beloved Sicily to move to the hectic Rome and attend the Academy of Fine Arts, from which he graduated with flying colors.
During his three-year course he participated in 2011 in a collective exhibition at the Artexpo in Arezzo.
In 2014, due to unpleasant economic uncertainties, he was forced to return to Modica.
Dejected, he understands that the land in which he had sought refuge did not offer particular outlets in the artistic sector so, guided by a feeling of revenge, he returned to the capital. His first real commission took place in 2016 where Giuliano realizes the scenography for the theater show Corti ma Lirici at the Eliseo Theater in Rome.
Shortly afterwards, in the same year, he made an artistic performance curated by Giorgio de Finis at the MAAM in Rome with the opera Ti Aspetto su Altri Pianeti. His first personal exhibition entitled Confessioni del Tempo takes place in Marzamemi, in the frame of the International Festival of Frontier Cinema.
In this exhibition the pictorial style of the artist is taking shape in a decisive way and in the depicted subjects flows, through the brush strokes, his great obsession with Time, promoter and destroyer of what contemplates existence.

2017 is instead a year for experimentation and discovery. During the first months of the year Macca moved to Barcelona, the hub of Hispanic nightlife and Catalan culture, as well as the city where Pablo Picasso lived for a short period, a great source of inspiration for the Sicilian artist.
In Zaragoza, moreover, he visits the museum of another famous name that had the power to ignite, with his genius, the creative flair of the young man: Francisco Goya.
Enriched with new notions, Macca returns to Italy where he participates in the collective exhibition ContemporaneaMente at the Aldobrandini Stables in Frascati.

In October 2018, after spending a year in Rome without a permanent home, Giuliano presented Ladri di Luce in the wunderkammer Mirabilia, hosted by Giano del Bufalo. This exhibition had an exceptional response from the public. Macca subsequently joined the team of artists of Michele von Buren, gallery owner of RvB Arts, a a well known gallery of emerging artists in Trastevere.
In December of the same year, through the gallery, Macca participates in the collective Myths and Legends. Given the great success achieved within the exhibition, Michele decides to give him a personal exhibition in May 2019; thus was born the exhibition Cuori di Cristallo.
For Macca, crystal divides the metaphor of the precariousness of the human soul as it illustrates the paradox of a material with a solid but easily flaked structure.
The artist's faces fully embody the peculiarities of the mineral, hiding, behind a veiled hermeticism, the clarity of their souls, with the aim of suspending the observer in a multifaceted and unpredictable time.
In October 2019 Macca participated in the Dissolvenze collective, taking place at the Diocesan Museum of Padua.

In September 2020 he inaugurates the personal exhibition (la solitudine degli angeli) curated by Vittorio Sgarbi at etra studio tommasi in Florence, this collaboration culminated in December 2020 when he installed a 1200sqm embrace under the tower of the cassero of castiglion fiorentino as a message of rebirth, the event had such a strong media impact that it ended up on all national newscasts and sector magazines. 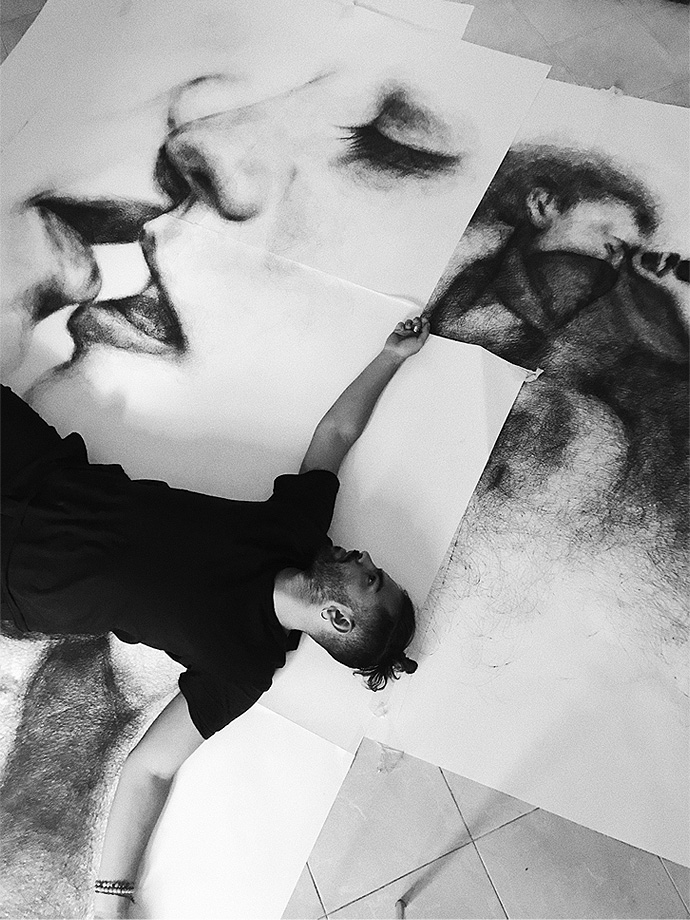 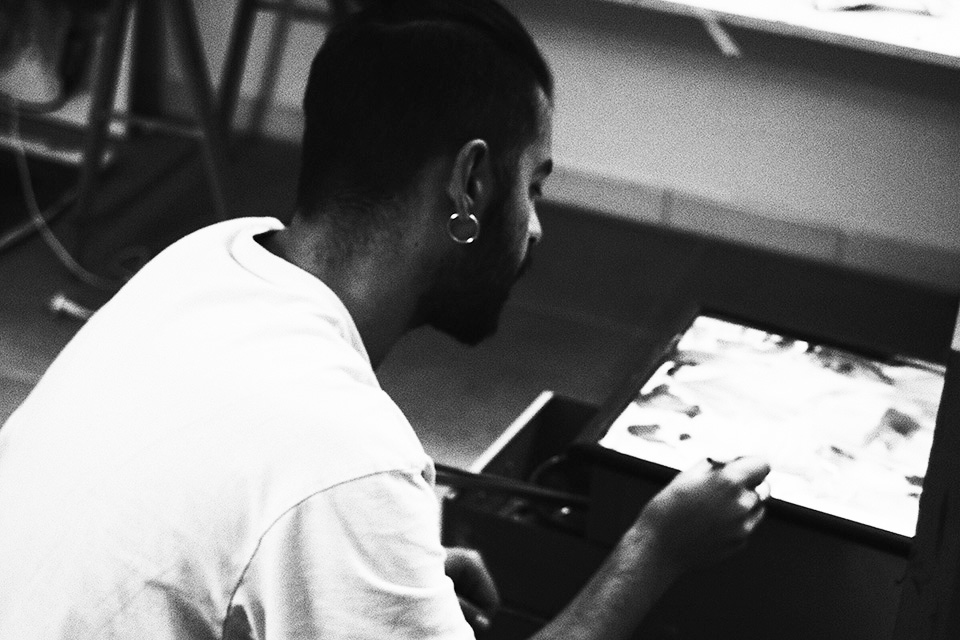 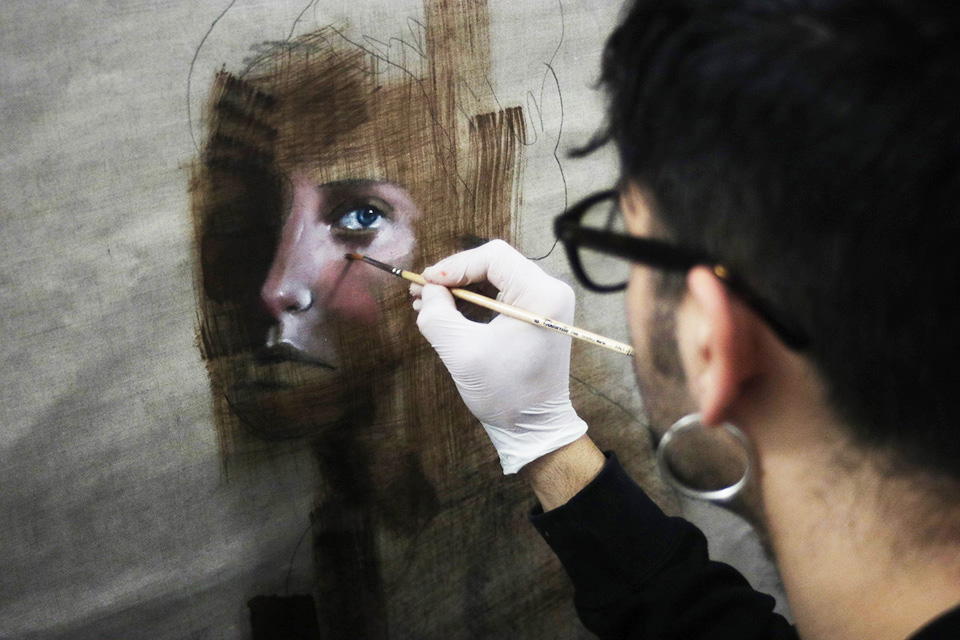 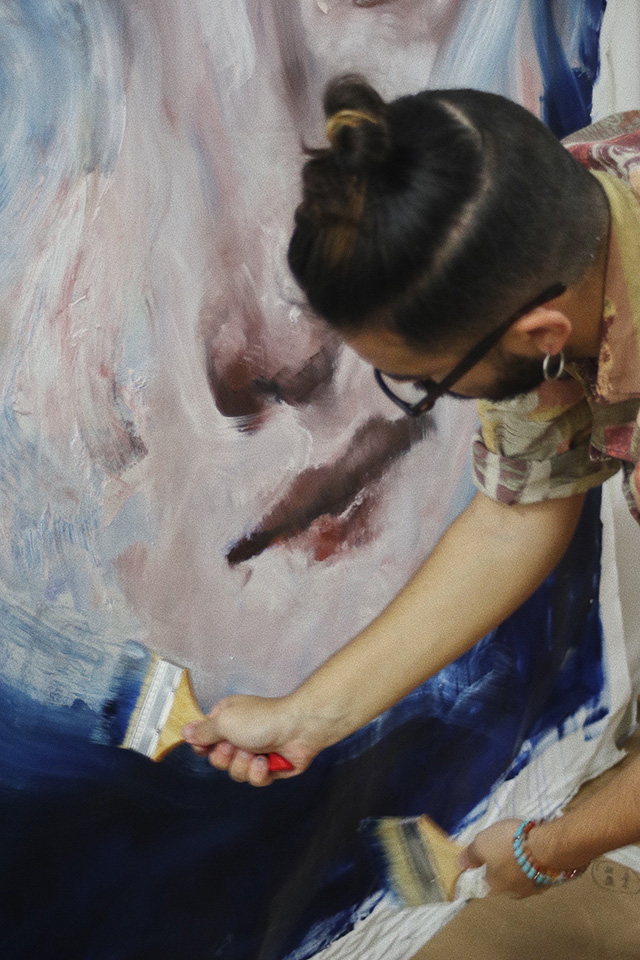 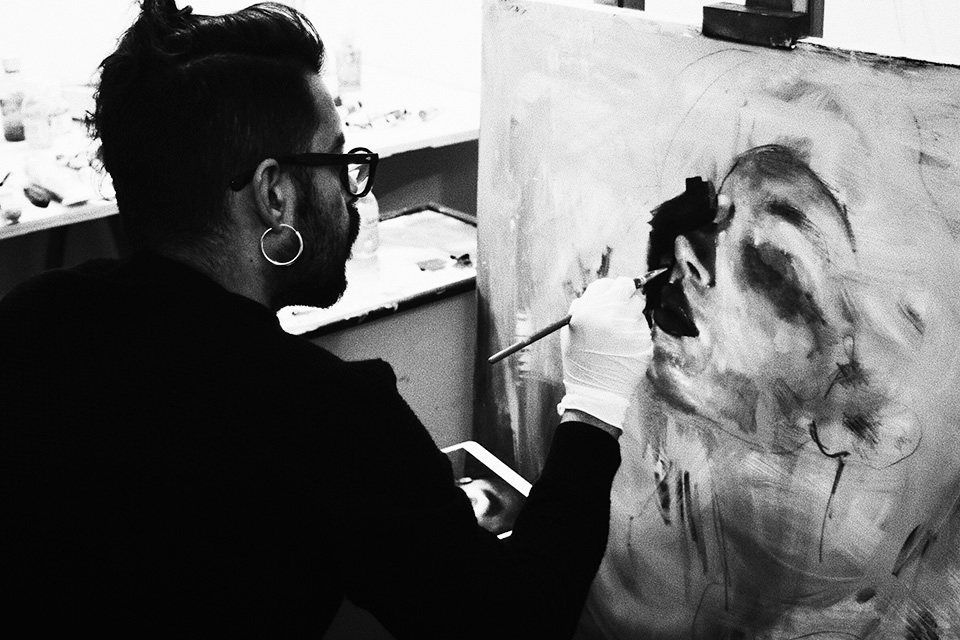 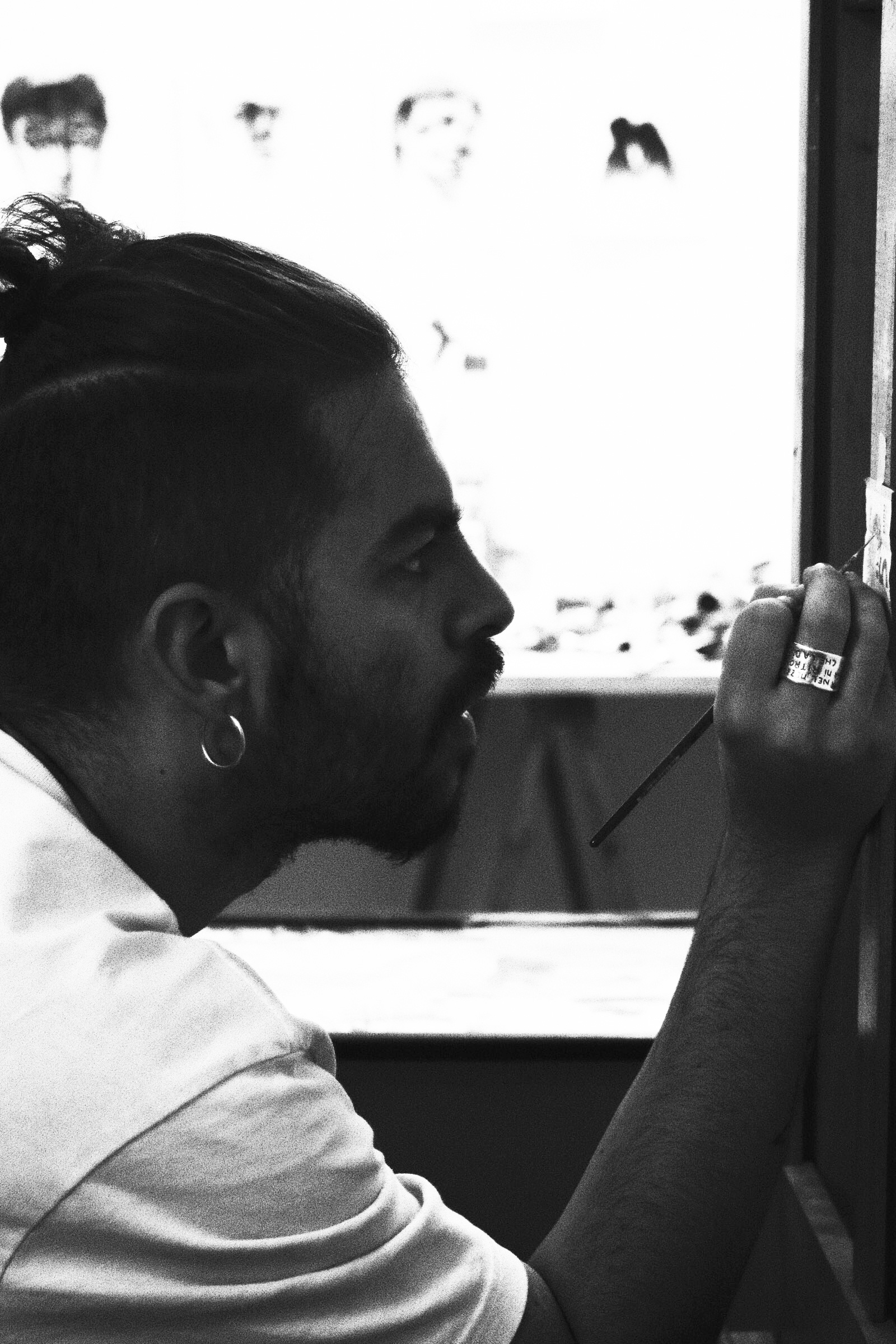